If you like to look at pictures more than hear me ramble on and on about "science" then this is your lucky day!  (Edit: I lied, there's always going to be some amount of rambling)  I'm playing a little catch up from the last few weeks of work on the controller, but here it is.  The motor controller has two basic parts to it.  There is a control board, which is like the brain, and there is a power section that does the real work.  The brain comes from the printed circuit board below that I bought from a guy online named Paul.  He conceived of the idea to get a community of people online to help design and develop a low cost do it yourself motor controller that costs a fraction of what a commercially made one does, and had the drive to make it a reality.  My friend, Joe, has one of the beta controllers in his electric car and it's been running great for about three years now.  There is a wiki with a list of all the parts you need to buy to put it together, and I've got all those parts now.  Let's condense a 2 cubic foot box full of parts into an 8 x 3 x 0.7 inch circuit board! Here's my setup.  I decided to splurge on a nice temp controlled soldering station to put it all together.  Way better than the cheap pencil iron I've been using for the last decade.  I apparently never took a picture of the board done, but trust me.  Okay, may you shouldn't trust me.  I never took a picture of it completed because it turns out I was missing two pieces that I'll have to order later!  I also soldered one of the parts in the wrong orientation, and two pieces I put in the wrong place.  Luckily I know someone who knows how to fix this all too well who brought their desoldering iron over. 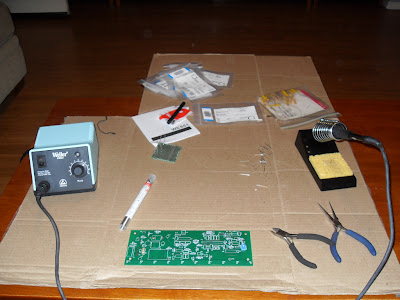 Ok, control board is done (mostly).  Next up is the power section.  The official DIY controller uses 10 MOSFETS rated for 50 amps and 200 volts a piece to get up to 500 amps of continuous output safe with a battery pack about 150 volts nominal.  In order to get more torque, I want to pump more current through it, and to get more power I want to put a higher voltage in there.  To do that I've traded the MOSFETS for 3 IGBTs that are rated for 400 amps and 600 volts a piece.  By changing out the current sensor I can trick the controller into delivering 833 amps without reprogramming it.  If I do reprogram it, I'll be limited by how well I can balance the load on the IGBTs, but let's not get ahead of ourselves...  The control board basically tells the IGBTs to turn on and off, and the percentage of time spent on determines how much power gets to the motor.  Each time the IGBTs turn on or off, there is some waste heat generated, and if you don't get rid of it they'll eventually burn up.  To take care of this, I'll be mounting them directly to a liquid cooled water plate.  Lucky for me, I have a super nice friend at work who offered to make me one on his CNC mill (actually a router).  All I had to do was model it and get him a block of aluminum.  A couple weeks ago he brought this test run machined in foam!  Pretty cool huh?  Water flows in on the left and out on the right. 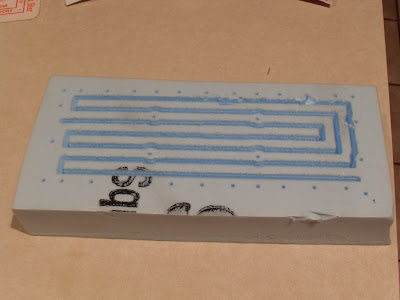 Last week I he came in to work with a present for me!  Here's the real thing after about 3 hours on his CNC router.  I just had to finish it up by drilling and tapping about 50 holes.  Oh, and see that funny little groove in the middle (in the yellowish light reflection)?  That's a channel to let me route the wires for a temperature probe.  It tells the controller how hot things are getting and it'll pull back on the power if it's getting out of hand. 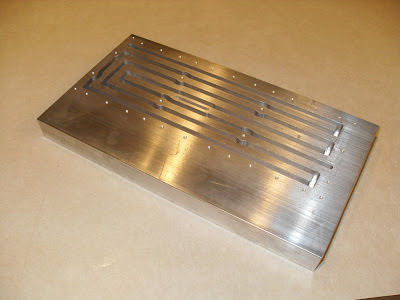 After a few hours of making holes, I started mounting stuff to it to see how it fits.  Here you can see  the three IGBTs on bottom and three really big capacitors mounted on a plate above them.  Soon I'll put the bus bars across the IGBTs and link them to the capacitor using some parallel sheets of copper.  Looking good!  I'm excited, are you? 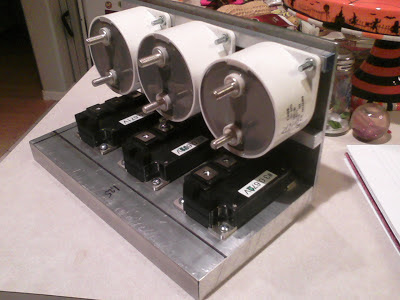 In the above picture, you can see a couple sharpie lines.  I won't get into why, but I have more machining to do to help mount other stuff and make it lighter.  My first friend's CNC router is relatively small and takes a fair amount of time to remove material, so taking out a lot, like I'm planning, would take him a long time.  Lucky for me, I have ANOTHER great friend with a mill!  This one is a lot bigger.  I took the water plate over to his place and made it even lighter.  While I was working on it, my buddy snapped a few photos.  I look a little manic in this one. 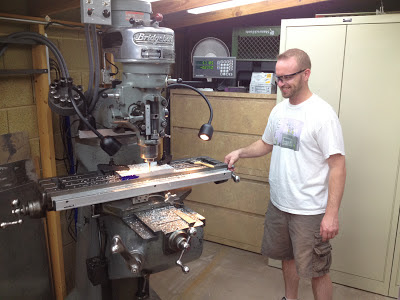 Now I'm really working.  You can tell cause I'm using both hands.  You can see the blue tub of Bo Lube, which is some kind of paste that Boeing developed.  A lot nicer and cleaner than spraying WD-40 or cutting oil all over the place. 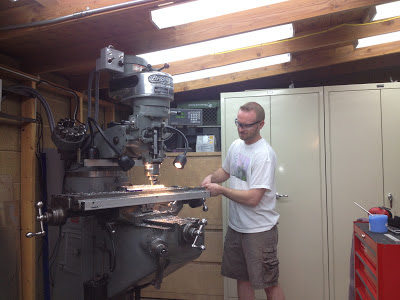 There, 5 or 6 cubic inches of aluminum turned to sawdust...er, aluminum dust. 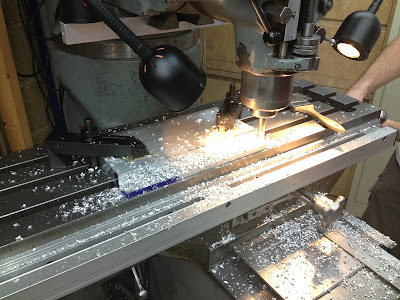 Since then I've been working on the enclosure for the controller and mounting the control board, but no pics so far.  I also have some bad news regarding the car.  Apparently I did NOT win the war with the spiders... 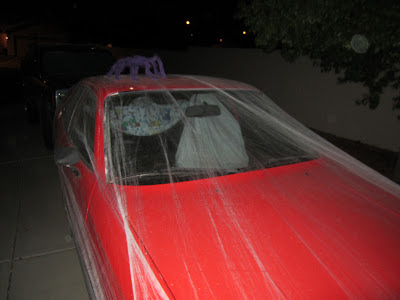 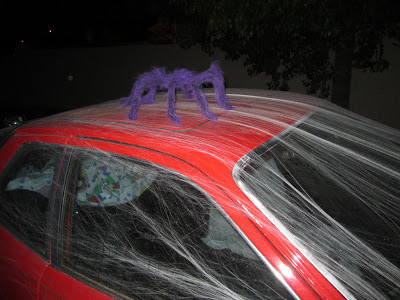