Lots of stuff going on for me lately.  I'm rebalancing the battery pack after 9 months or so, making some modifications to the controller parameters, and there's another car show at work to prepare for.

It wasn't long after getting the BMS up and running that the BMS started shutting down the charger because of cells reaching max voltage (rather than the whole pack reaching its desired voltage).  It's been doing that for two weeks now, so it's time to rebalance the batteries.  Any BMS typically draws some amount of current from the batteries, even when it's not turned on, so it's known that they can misbalance your cells.  I attempted to put some balance resistors on mine to minimize this, but I forgot to consider there are two banks of just 7 rather than 8 cells.  As a result, two cells are discharged slower than others.  Two times I've plugged in a 2 ohm resistor to bleed off some power to keep those cells from going overvoltage.  I think soon I'll try hooking in an extra resistor to each and see if that keeps them in balance longer.

I finally got around to balancing this weekend.  That involves doing a full charge like normal, then using a balance charger to top off every cell to 3.65 volts.  I was surprised at how long it took, but after 3 days I'm finally done!  The worst offender was nearly 4 amp-hours out of sync with the others, which was more than I thought there would be.  That effectively reduces my range by 7.5%!  Obviously my balancing resistors aren't quite configured right.  I'll either have to fix that or rebalance more often.  Here's a picture of the balancing process. 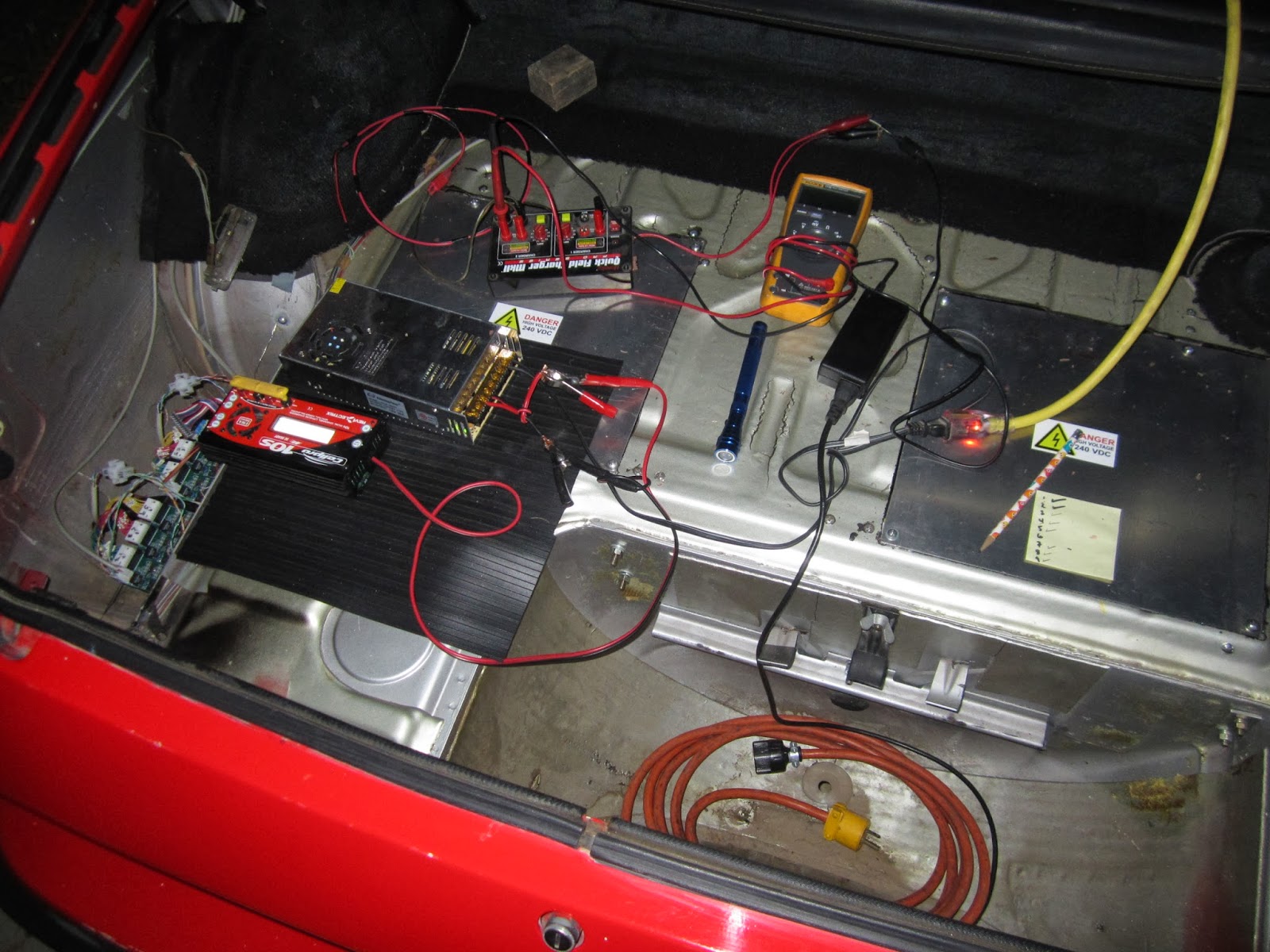 Last weekend, Joe came over and we had a chance to tinker with some of the controller parameters.  As I've boosted the max motor current, the pedal become more and more sensitive.  I'm to the point now that when I start up, it's very difficult to keep the car bouncing forward and backwards, making it look like I'm a kid learning to drive a stick shift.  We were able to back off on the current rise rate, and seems to have mostly corrected the problem.  If it gets worse with higher currents, we may have to make a more serious modification to the controller code to make it less sensitive at short pedal throw.

We also put a little circuit in the controller to measure the voltage spikes coming off it.  If you remember back to some of the posts on the controller design, you want to arrange some of the parts so that you minimize any stray inductance.  Stray inductance causes voltage spikes, and high voltage kills the electronic parts in your controller.  It's time to see how good my design really is.  At 600 amps, the voltage peaks out at a mere 265 volts.  At 600 amps, the pack voltage could be anywhere from 210-230 volts, so about 50v volt peaks.  This is good!  The components are rated to 600v, so I shouldn't have to worry about them wearing out early for voltage related issues.  For reference, a low voltage controller usually has 200v components and tells you to limit the pack to 150v, and these are typically 500 amp controllers.  So I feel I'm right on par, but with room to grow.

A couple weeks ago, we got an email at work saying we'd be having another employee car show.  This will be fun since last time I had to tow the car into the parking lot, and drive it the last half mile in with just 1 Hp.  I'll have lots of progress to show people.  The other good thing about a show is you want your car to look good, giving you some motivation to finish up a few of those cosmetic things you've been ignoring for a while.  I made a list of things to do.  So far I've put a new crank arm for the driver's side window, added rear seatbelts, and a few other things.  However, the thing I'm most proud of is the addition of a couple of stickers!  I wanted a couple "danger high voltage" stickers to put on anything where you could access the batteries and came across this beauty that's now displayed in my rear window. 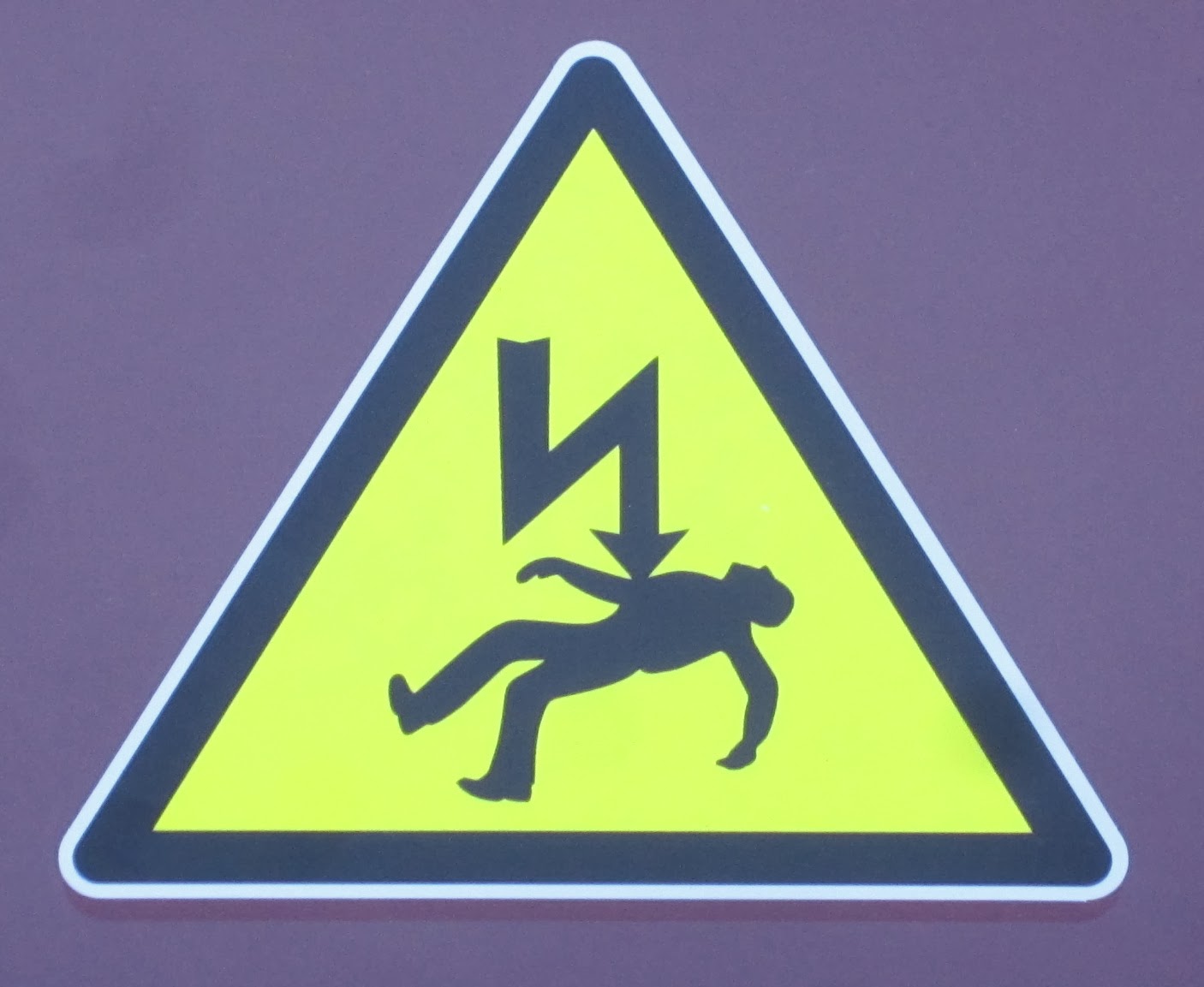 I also got someone on Etsy to print off a couple custom stickers since nobody had the right voltages in DC. 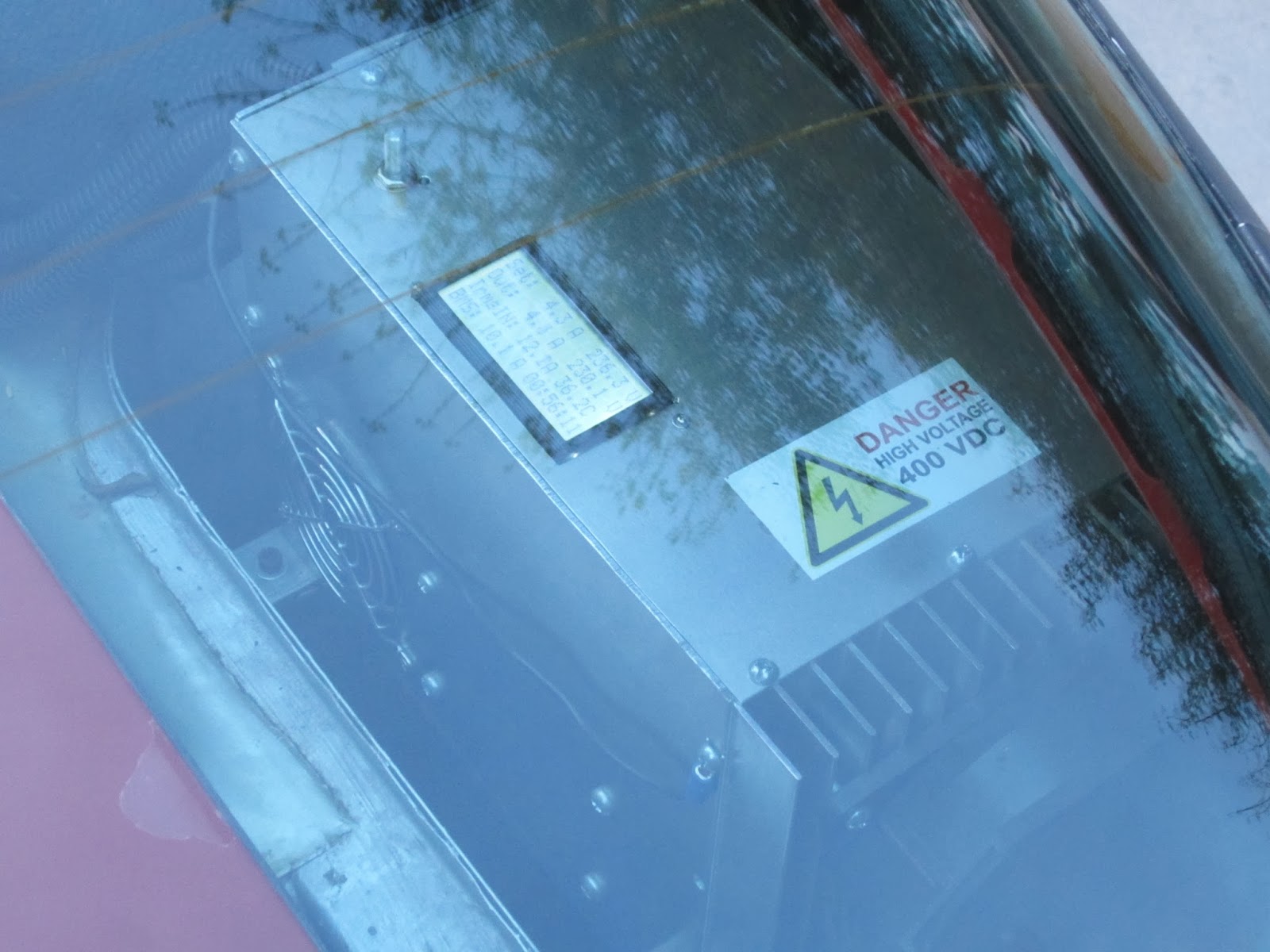 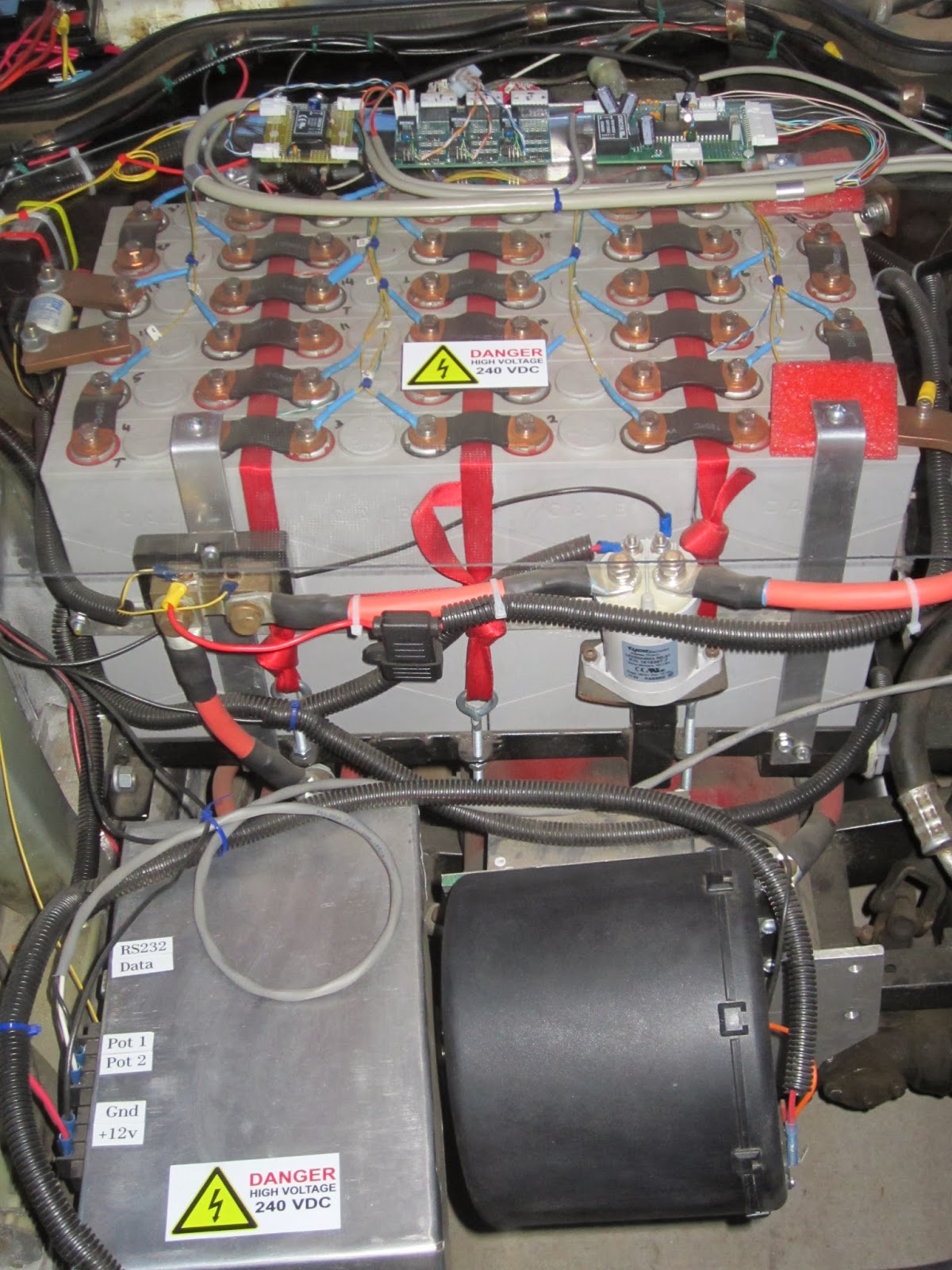